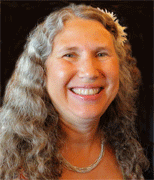 Chinese medicine is based on a history, philosophy and sociology very different from that of the West. It has been evolving over 3000 years. This medicine is based on a continuous flow of energy through channels in the human body. When energy (Qi) flows smoothly throughout all the meridians of energy, health is maintained. When there is obstruction of Qi flow - a disease, pain or illness may occur. Chinese medicine is sometimes referred to as Traditional Chinese Medicine (TCM), as is composed of different modalities including:

Some practitioners may also use Electical Stimulation (through a TENS unit) as part of a treatment.

Traditional Chinese Medicine (TCM) addresses areas of disharmony in the body with the belief that when the body is balanced, it will heal itself. The basic concept of Chinese Medicine is simple in the sense that it understands that a living body has channels of energy constantly coursing through it, which are called "meridians."

Energy (also referred to as Qi) flows along the meridian paths. The basic concept of health is that when energy flows unimpeded, we have health. When energy gets blocked, we have pain and ultimately disease. There are many things that can upset the balance of the body and disturb the flow of Qi. Qi, pronounced 'Chee," is unknown in Western medicine, but in simple terms is the vital energy of the body. It keeps the blood circulating, warms the body and fights disease. It is Qi that distinguishes living creatures from inanimate objects. Qi flows through certain channels forming a network within the entire body and linking all parts and functions together so that they work as one unit.

The Chinese have outlined an energetic map of the Body, consisting of 71 meridians, of which there are 12 main meridian channels. Each of these channels are connected to an internal organ and named after that organ (such as Lung, Heart, Large Intestine, etc), and they follow a set pathway in the body. When a person is healthy, the qi moves smoothly through the channels, but if for some reason the flow is blocked or too weak or too strong, then illness occurs. The aim of the practitioner of Oriental Medicine is to correct the flow of Qi by different modalities available and assist the body to heal through its own innate healing ability.

Changes in Qi precede physical change, so Chinese Medicine can be used as a preventive medicine, correcting the energy before a serious illness can occur. If physical change has already occurred, it can be reversed by adjusting the Qi. Some things that can upset the flow of Qi are as follows: 1) emotional stress, worry, anger, fear, grief, bitterness, etc., each one has a particular effect on the energy balance of the body; 2) diet and nutrition; 3) injury.

Acupuncture is one of the oldest, most commonly used medical procedures in the world. Originating in China more than 2,000 years ago, acupuncture became widely known in the United States in 1971. Traditional Chinese Medicine theorizes that more than 2,000 acupuncture points on the human body connect with 12 main and 8 secondary pathways, called meridians. Chinese medicine practitioners believe these acupuncture meridians conduct energy, or Qi (pronounced "chee") , between the surface of the body and internal organs.

Acupuncture promotes the natural flow of Qi which regulates spiritual, emotional, mental, and physical balance. Qi is influenced by the opposing forces of yin and yang. According to traditional Chinese medicine when yin and yang are balanced they work together with the natural flow of Qi to help the body achieve and maintain health. Acupuncture is believed to balance yin and yang, keep the normal flow of energy unblocked, and restore health to the body and mind. Traditional Chinese medicine practices (including acupuncture, herbs, diet, massage, and meditative physical exercises) all are intended to improve the flow of Qi.

The intake and diagnosis include the main tools of questioning, observation, and examination of the pulse, tongue, eyes, and complexion. What the practitioner is looking for are patterns woven into a total picture of the patient, rather than symptoms in isolation. Tongue and pulse diagnosis are highly refined in Eastern Medicine. Twelve pulses are read: six on each wrist at the radial artery. The pulses strength, rhythm and quality indicate the balance of energy and the state of the disease. The tongue, through its shape, color, movement and coating indicates the progression and degree of the illness. The eyes reflect the inherent weakness of the body, and their color show toxicity among other things. TCM takes into account not only the disease symptoms but also the age, habits, physical and emotional traits and all other aspects of the individual. An overall picture of the patient is created in order to evaluate any patterns of disharmony that have arisen.

Health is a state of total harmony between the physical, emotional and spiritual aspects of the individual. Illness, on the other hand, is a disharmony that manifests itself as certain symptoms. The symptoms are a part of the syndrome of harmony or disharmony which makes up the whole person.